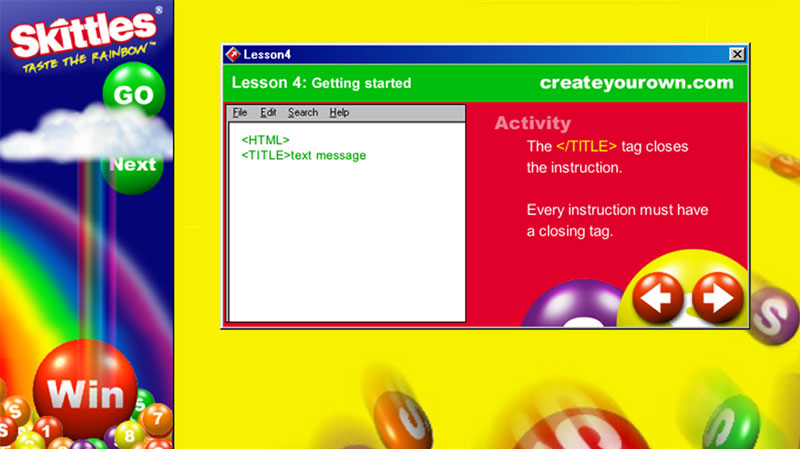 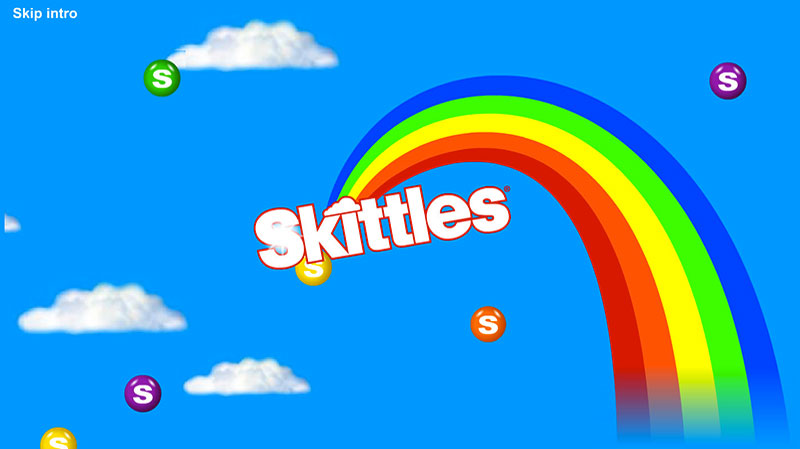 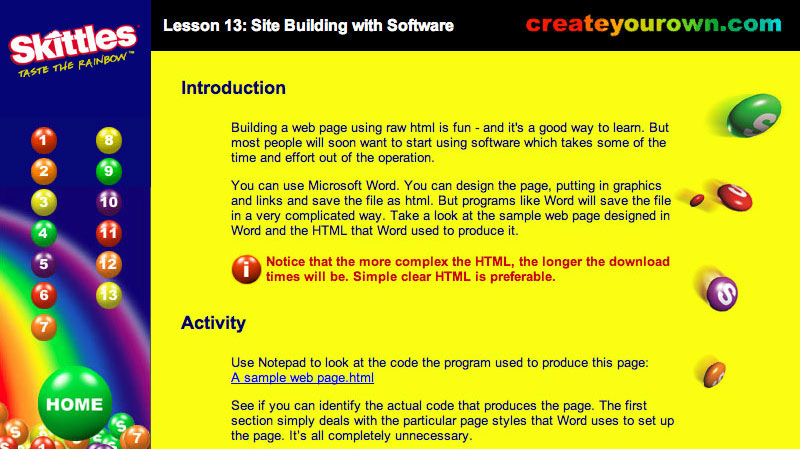 Mar’s agency devised a creative concept for both an offline and online promotional campaign aimed at teenagers that would increase saliency and awareness of Skittles amongst 14 – 16 year olds, and encourage schools to purchase more Skittles by allowing Mars to site vending machines in schools.

DesignIT became involved, and creating a highly brand-centric cdrom e-learning concept that was ideal for the target market. It was fun and easy to interact with. Incentives were used to increase uptake and a web site was developed to support the cdrom tutorials and allow site entries to a national competition.

The concept was hugely successful and was even used as part of curriculum for pre GCSE students in participating schools. Perception of brand rose substantially among target market, especially by the ‘brand for me’ measure.