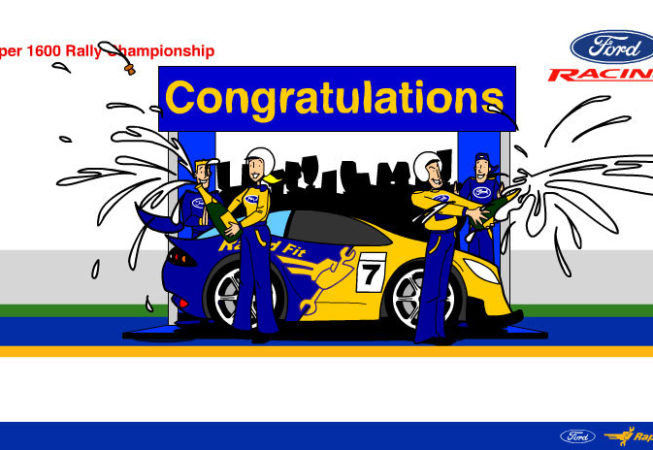 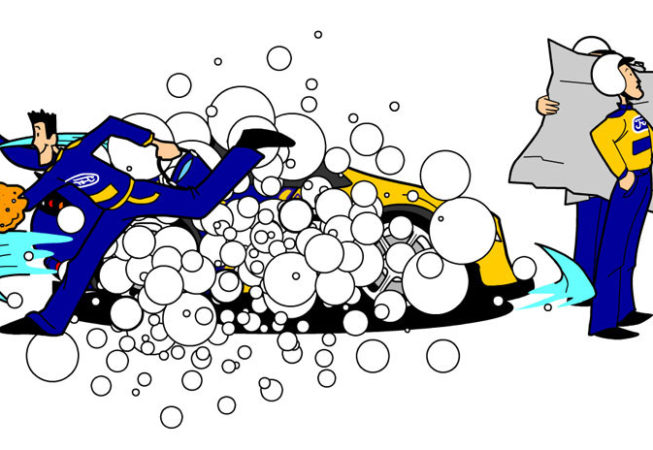 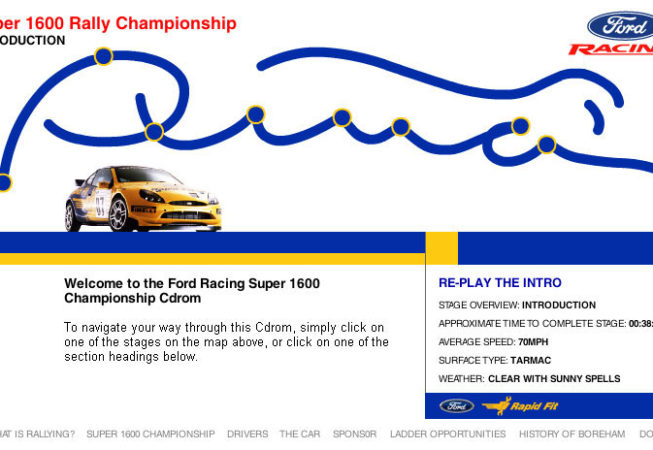 DesignIT was approached by Ford Racing to create a Cdrom to raise the profile of Ford’s driver programme and increase uptake among rallying enthusiasts. As well as to increase awareness of the Super 1600 Championship among enthusiasts – a new rallying category set up as a stepping-stone for young talented drivers one stage below the Ford Focus WRC car.

I developed a cdrom that satisfied the appetite for more detailed information on the championship, setting the new category in context and encouraging subscriptions to the DDP. This was distributed to 5,000 rallying enthusiasts.

The Colin McRae ‘Ladder’ is now established as the most subscribed to ‘Driver Development Program’ and the new rallying category promises to be one of the best attended in 2002 and beyond.