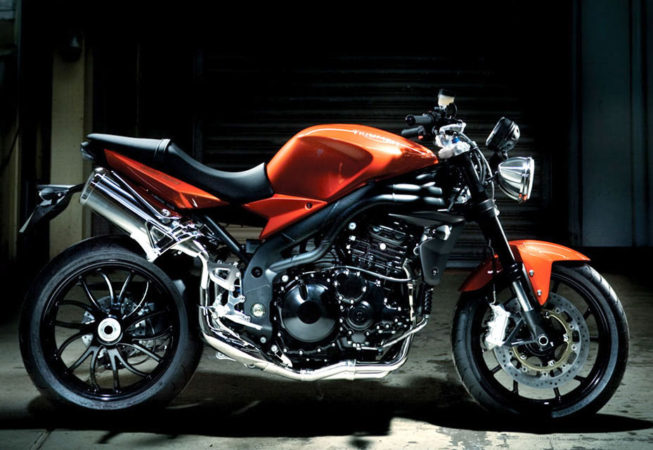 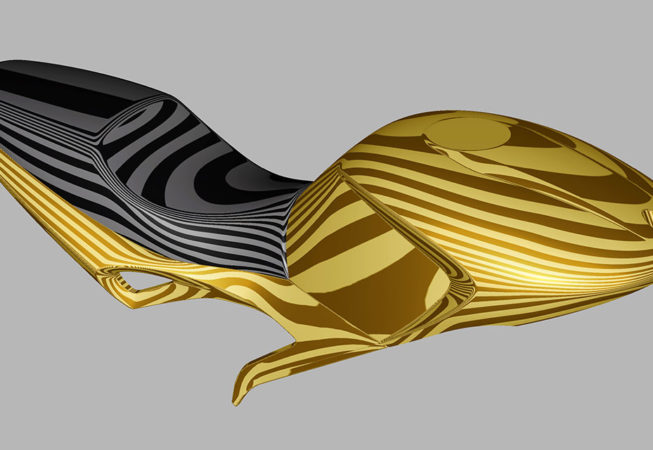 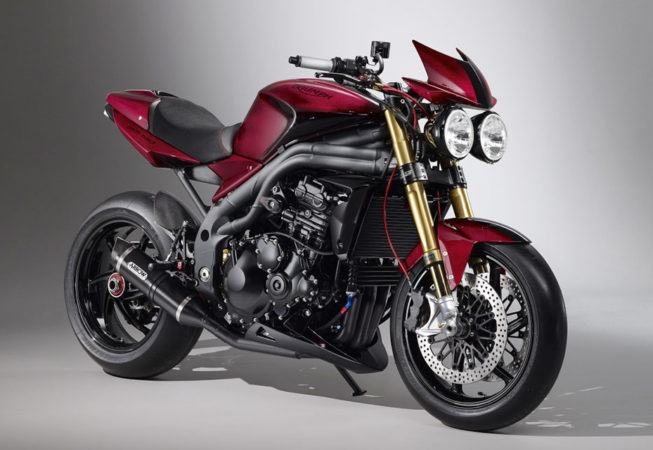 The Speed Triple made it first public appearance at the 2004 Motorbike Show held at the NEC, Birmingham, and was designed by the Renfrew Group, during my time with the consultancy.

I was solely responsible for creating the exterior ‘A’ class surfaces which were built from scan data and engineering schemes, supplied by Triumph, following completion and approval of the hard foam model. Along with a team of studio engineers we supplied Triumph with a set of fully engineered components created in Pro-E.

This represents the second generation of the current Speed Triple and is essentially a styling exercise as the bike retains both its original engine and chassis. A completely new replacement for the bike is scheduled for the near future.