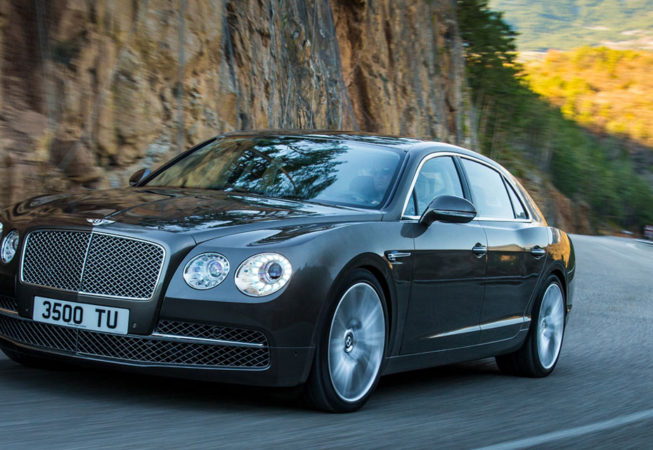 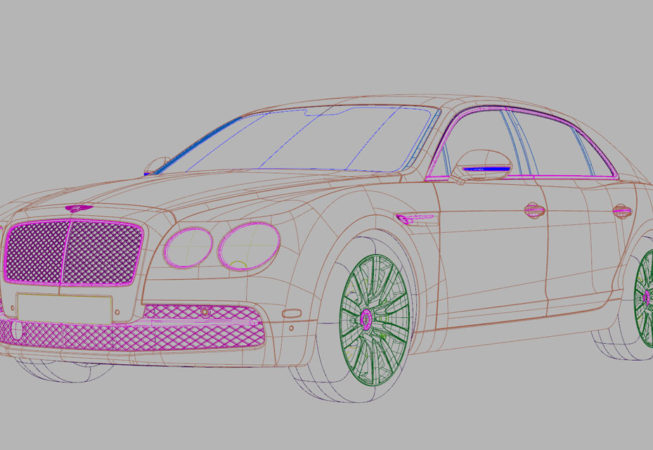 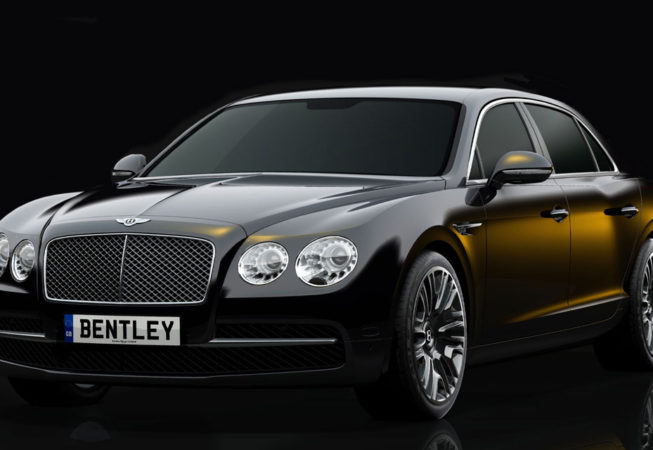 The Bentley Flying Spur was the last Bentley designed under the long standing partnership of Dirk van Braeckel and Raul Pires, and is widely regarded as a huge success both aesthetically and commercially. It established a new sleek character for Bentley sedans with it lower roof line, precise feature lines and wide low stance.

The car hadn’t always been this way. Early on in the design process numerous architectural possibilities were explored based around Volkswagens MLB platform architecture. As usual, I was involved in the project from its outset – creating a number of CAD Volume Models that that explored both architectural possibilities and vehicle identity such as whether the vehicle should be a sporty sedan or prestigious limousine.

As a chosen design formed, working closely with the designers and engineers, I modelled and developed the chosen exterior using Alias SurfaceStudio. I was also heavily involved in developing and modelling the exterior details on the car, overseeing and directing a team of modellers working on Head Lights, Tail Lights, Wheels, Fender Vents et al.

Further down the line I handed the exterior surfaces to the ICEM team for production development.